3 Amazing Benefits of Cosleeping with Your Baby

Have you wondered if Cosleeping is the right decision for your family?

Co-sleeping is one of the biggest debates among parents today. Many parents and experts believe that cosleeping can be extremely beneficial for babies as well as their parents.

While on the other hand, there are also just as many who discourage co-sleeping because of the risks of SIDS (Sudden Infant Death Syndrome).

“Sudden infant death syndrome also known as (SIDS) is the unexplained death, that usually occurs during sleep, of a seemingly healthy baby less than a year old.”

I myself, have personally been on both sides of this controversy.

(THIS POST MAY CONTAIN AFFILIATE LINKS HOWEVER, I WILL NEVER RECOMMEND ANYTHING THAT I DO NOT BELIEVE IN OR USE MYSELF. YOU CAN READ MORE ABOUT MY DISCLOSURE POLICY HERE)

I WAS TERRIFIED OF SIDS

When I was pregnant with my first child over five years ago, I was completely against co-sleeping. As a soon to be, first-time mom, I was taking advice from all of the doctors as well as the family around me.

And at that time there had been so many babies dying of SIDS. So naturally, I was scared that my daughter could perish in the night if I let her sleep with us.

After my daughter was born, I was told always lay her down on her back to sleep in a completely empty crib with only a fitted sheet tightly around her mattress.

That meant having absolutely no bumpers, blankets, or stuffed animals of any sort in her crib.

I very cautiously followed the recommendations of the healthcare professionals around me. That is until I had my son 14 months ago. 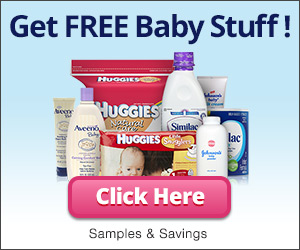 Co-sleeping was definitely not in our plans when Owen was born.

We had successfully kept our daughter sleeping in her crib with no issues until she moved to a toddler bed. Of course, we assumed that we would do the exact same thing with our new baby.

But after having my second C-Section getting in and out of bed to get my son became extremely difficult.

And CoSleeping honestly, just sort of happened one night and I am so very happy it did. Co-sleeping made my life so much easier while adjusting to becoming a mom of two.

Here are the Amazing Benefits I have found through Co-Sleeping.

After delivering our son via Cesarean, getting up and down every two hours to nurse him at night became extremely challenging and not to mention painful.

Even trying to keep him in a co-sleeper next to me, required me to sit up to get him out which was agonizing. So, one night I unexpectedly fell asleep while Owen was nursing and I hardly had to wake through the night.

The times that I did wake up I literally just plopped the boob in his mouth and went back to sleep. Easy right?

And that is where our co-sleeping journey began. Ultimately, we all gained much more sleep by saving time and energy through co-sleeping.

Comforting and breastfeeding kind of go hand in hand, but I was able to comfort him back to sleep simply by being there.

And since I was right next to our son when he slept, I was able to comfort him back to sleep simply by being there.

By breastfeeding or even just cuddling with him helped him to calm down and sleep more peacefully through the night. It makes complete sense that he would want me right next to him right?

I mean think about it. He spent the majority of his life inside me where he could hear my heartbeat, feel my warmth, and be nourished by me.

So being in a crib or even a co-sleeper away from me was probably terrifying for him. Newborns don’t realize that their mothers are not attached to them and that is one big reason that they feel the need to be with you all of the time.

Because of my husband’s work schedule, he didn’t get to spend very much time with our kids during the day. But through co-sleeping, he was able to have tons of cuddle time with our son at night after he got off of work.

And Now 14 months later, they have an amazing relationship and my husband doesn’t feel like he has missed out on getting to know our son.

So if you have ever heard the old saying, “If it’s not broke don’t fix it” you understand that sometimes you just do what works. Nope, scratch that. Most of the time you do what works for you and your family.

Not one family is exactly the same, but we all love our children and want the best for them.

Thank you so much for being with me today. Tell me about your sleeping arrangements. What works for you and your family? Do you cosleep? Or sleep separately?

If you loved this post, you will also love these: 7 FANTASTIC BENEFITS OF BABYWEARING and DO BALTIC AMBER NECKLACES TRULY RELIEVE TEETHING PAIN? (REVIEW & SPECIAL OFFER)

I am the Wife, Mommy, & Blogger behind Very Anxious Mommy! This is where you will find all of my helpful tips for Budgeting, Motherhood, and Parenting kids with Autism without losing your sanity.